An Interview with Moon So-ri 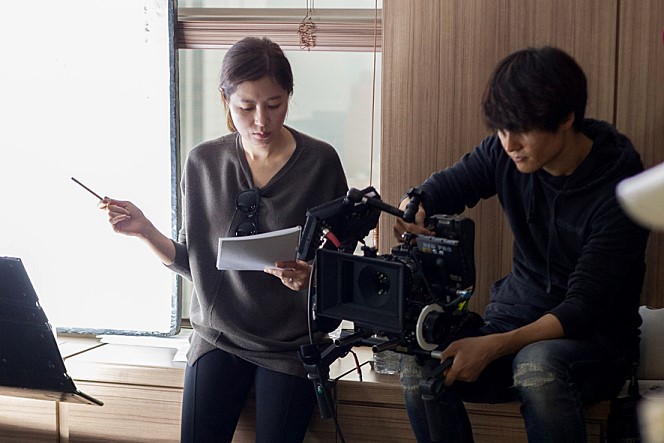 Moon So-ri has worked with some of the most prominent directors in South Korea, with a solid filmography that has established her profile as an actor and into a household name. Her credits include Lee Chang-dong's Peppermint Candy and Oasis and Hong Sangsoo's HaHaHa. She's worked with directors Im Sang-soo, Im Soon-rye, and Park Chan-wook, and even with such an impressive resume, has gone on to further build upon her experience and education with a film of her own.

In The Running Actress, the thespian emerges with directing and screenwriting chops, joining the ranks of the triple-threats: Moon plays the lead character, too. As the story unfolds in three vignettes, the audience can't help but feel the director drawing inspiration from her own life and having a bit of fun, as the lead character anxiously awaits her next acting job, is pressured to fulfill awkward family favors, and witnesses polite fandom turn into petty criticism.

Though the auteur remains humble about her foray into directing, it's a daring move, and it's a good film. It is refreshingly honest, and, intrinsically, a Moon So-ri film; and, one can only hope, just the first of many.

I am Moon So-ri, I came here from Korea. I directed, played the lead character, and wrote the script for The Running Actress, which was invited to be part of the Hawaii International Film Festival. Nice to meet you. 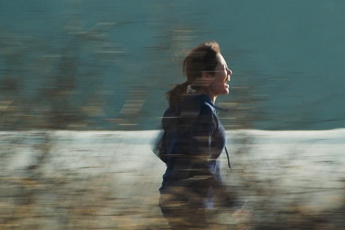 How did The Running Actress come about?

I really didn't have plans to make it at all; I couldn't think of doing it. Because I wanted to know more about film, I thought, 'I need to learn more before I get any older.' So I went to graduate school and studied film production, and through the process made a film.

At the time I made the film, people kept saying, 'You should release the film, what do you think?' And, after receiving funding and trying to release the film, with various film festivals - Japan, Hawaii, Vancouver - I didn't expect much. Although I've been to a lot of film festivals as an actor, I didn't have any expectations as a director in receiving attention for this film, so I was happy to receive it. I'm looking forward to seeing how the audience here reacts.

It's difficult. (Laughs.) After production, I thought much more about the responsibility - it is a lot of work that comes out, the pressure is so big. 'Directing is seriously tiring, difficult work,' is what I thought, and, 'I better do a good job.' And my husband [Jang Joon-hwan] is a director. I ended up thinking more about that.

I thought, 'Could I do this again, both acting and directing? And do it again in the future?' I'm not sure. Because during the production, I had to take care of my appearance [as an actor] and directing - it was tiring and it felt like I was aging faster (laughs) so I thought, 'This is really tiring work.' 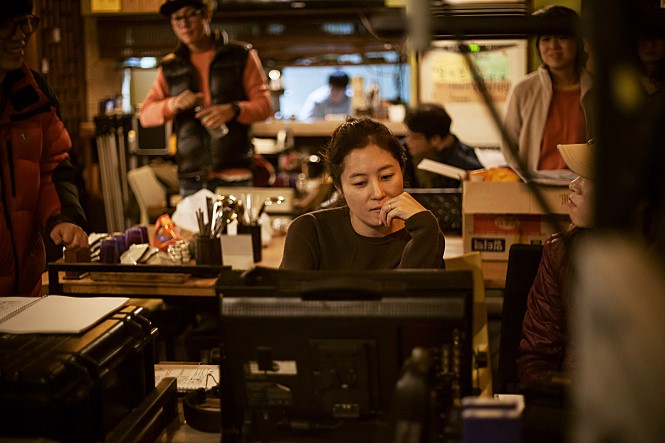 Did you enjoy doing both acting and directing?

Enjoy. Hmm. At the time, I didn't have pressure from receiving some investment to make the film, and since I didn't have that kind of pressure for it to be hugely successful, since it was just making a small film with friends - because this was how the production went, it seemed like a much sweeter, fun experience among us.

How would you describe the casting process?

And one role - just one role - the husband role, I asked my husband directly to play the role. But he said he couldn't and wouldn't, so I begged him. (Laughs.) It was hard casting him.

Since you've worked with so many talented directors in your experience, are there any that influenced you, or shaped your style of directing in some way?

But directors Im Soon-rye, Hong Sang-soo, Park Chan-wook, Im Sang-soo - all the directors are so different. I saw a lot of different directing methods, the advantages and disadvantages to different styles. But when I'm directing, I think I just direct how I want to.

When The Running Actress was in development during the script stage, people said it was similar to Hong Sang-soo's films. After people saw the film, they said, 'This is Moon So-ri's film, her style of filmmaking,' which was a relief. 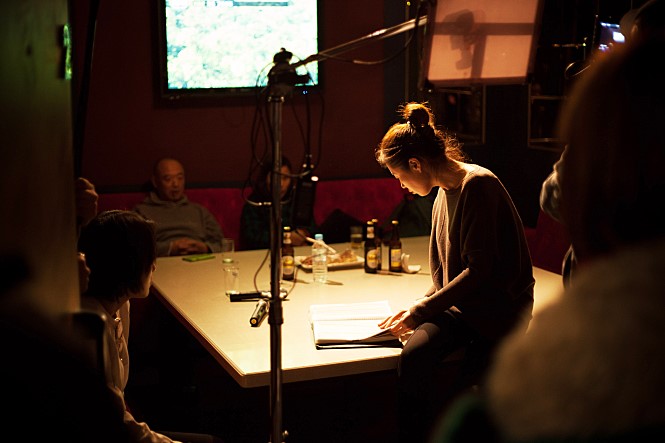 Not yet. But, if there's an interesting story for me to write, read well, and if I can make it, maybe. But since becoming a director, I don't think about large companies investing in films for me to direct, or me becoming a bigger director - I don't have these kinds of dreams at all. But if I can make a small film with friends, like with The Running Actress, if I can have fun making it, then I would direct again.

Maybe just from life. It seems like there are no new stories in the world. Even though there are stories with something to say, and we have heard everything. But more than new stories - what kind of feeling could we get from them? If it could give you a different feeling, that's probably the kind of story I want to do, is how I feel.

It's been awhile since the #MeToo movement started in Hollywood and began taking off in Korea later. How would you describe the atmosphere in the Korean film industry now?

The #MeToo movement also came to Korea in a big way. In film, art, among everyone - it has become a huge issue that's been raised.

In the Korean film industry it seems like people are making efforts to change things. Female actors have created a Gender Equality Center. And if anyone feels that they have been violated, harassed, or assaulted, then they can receive help from the Center.

At the beginning of the production [of The Running Actress] we reviewed things with staff to be careful about and creating a gender-equal environment.

There are many small changes being made. In film, the roles have been predominantly male, and now there are more scripts with more female characters. Now people are asking when there's a male role, "Can this be changed to a female character?" 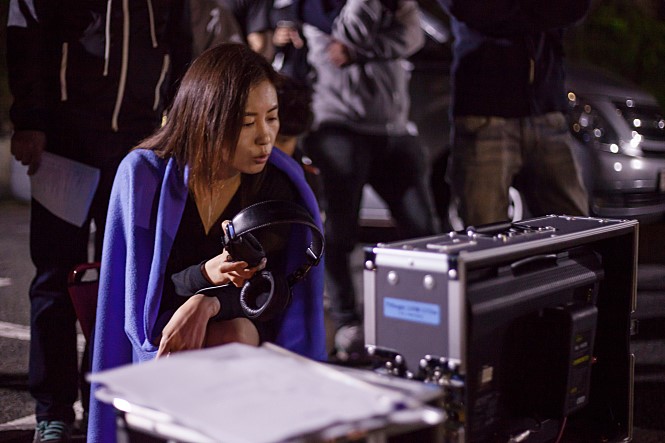 How has your perspective and work style changed since when you starting working as an actor and now?

I'm not sure. Just from getting older I think my style just changed naturally. I didn't know about film, I just learned as I went along and worked with various directors.

A long time ago I didn't have much experience and I thought, I wanted to do this character. Now I just want to be part of a good film that I can relate to with people I like working with. My style is not important. Working together - that's the best way to spend time - that seems like it's the most important.

Any other thoughts or comments that you'd like to add?

With working on a drama and film and not really resting properly up until now, it seems like a gift to be invited to the Hawaii International Film Festival. 'Today was so nice,' I was just thinking.

Melissa Kim grew up loving stories in the suburban wilds outside of Philadelphia, Pennsylvania. An avid book reader as a child turned into a television lover, and then, cinephile. She later jumped into the rabbit hole of Korean television dramas, which became her gateway into Korean film. There her interest grew, with a particular appreciation for independent film. She went on to become a member of the press, contributing to publications like Soompi and Kore Asian Media, with coverage including Asian American and Korean films. Some of the indie Korean films she counts among her favorites are Bleak Night, Microhabitat, and Let Me Out.